I am having a hard time finding anything but the new spiral energy efficient light bulbs even in Mexico. While I like their low watt consumption I have never found that they live up to their supposed longevity ranging from 7 to 11 years. The most I have ever had one last me is two years. It is a shame that I have a bunch of the old fashion ones in Houston that I could sure use here.

Went to Dollar Tree hoping to find some to no avail. While there I noticed an older couple loading their shopping cart with what seemed to be like 20 or more 18 count egg cartons.  Asked the gentlemen if those also sold for a dollar and he replied: " Yes, Sweetheart...you better get you some before they're all gone"...I must admit that put a smile on my face...it has been a long time since someone called me "Sweetheart." I had no idea Dollar Tree sold eggs. I did buy them but only one 18-count carton.

I am so tired of the Val Verde County Library not being finished after more than two years of renovations, at least not on the inside.  The new computers have not been installed and they have no control as they did previously on how long people use them.  I do not have a printer and needed to get directions to the new installations where the former Uvalde doctor and associates have moved to. 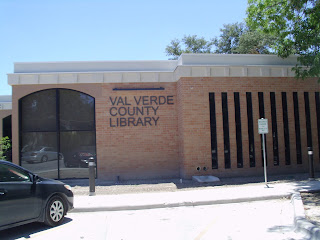 The one positive about the library is that it is always nice and cool. It was 98 degrees outside but a refreshing 69 degrees inside.  I almost did not want to leave! 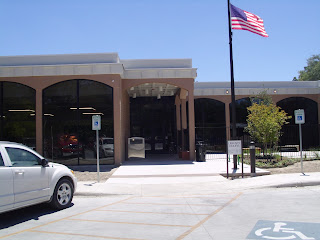 After Googling the directions,  I decided that they were too complicated and I wanted no part of I-10 West or US 87.  My comfort zone is I-410 North going to the Medical Center and I-410 South returning to Del Rio. I inputted the former address as a starting point and got directions that even I could follow without ever having to go the route they wanted me to.  All I had to do was stay on Fredericksburg Road.

Monday morning we left early as I gave myself five hours to allow for traffic or other mishaps. The new facilities are beautiful, the patient drop-off/pick-up area was better than the former site and best of all I did not have to go up four levels to park in a very congested parking garage.  This location has ample parking space and best of all it's free.

Mother was ushered early to get her labs done and we only had an hour wait which in and of itself is amazing for this doctor.  I sometimes whine about long waits but I want to say that in his case, he is well worth the wait or we would not have followed him to San Antonio.  Of all the doctor's my mother has seen over the years this doctor, as well as her Primary Physician (who is not a doctor but a PA), are our favorite.  She hit the jackpot with both.

I was glad to see that gasoline prices are holding steady.  Hondo, Texas had the distinction of having the lowest gas price between Del Rio and San Antonio today at $1.93 per gallon for regular unleaded. I filled up in Uvalde since I like to stop at Stripes at $1.95 a gallon. 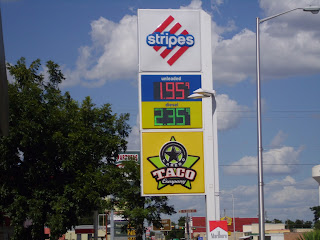 On a side note the only place I saw blooming purple sage was in Uvalde, Texas. 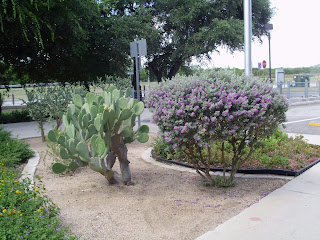 Posted by MsBelinda at 2:25 PM