A little bit of everything today

After serving mother breakfast and setting up her telephone connection so she could listen to her church service...I went back to bed.  Would you believe I did not wake up until a little after 2:00 p.m.?  I think I could of slept longer but duty called.

I spent the rest of the day outside shoveling horse manure, pruning branches, watering trees and bagging up trash.

Last night the neighbor's full grown son who moved back home with momma about a month ago had a party. Why is it that both in Del Rio and Houston if it isn't the neighbors it is their kids and/or pets who cause all the problems?  Had to put up with his music and loud friends and this afternoon also found his beer bottle in our yard. 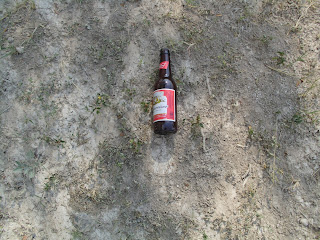 For those that follow my other blog...notice all the weeds that my little John "Walter" Deere has grazed on. Glad he did or I would have never seen the beer bottle and probably would have stepped on it. 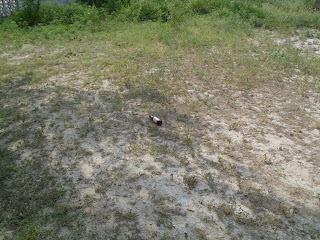 Talking about bad neighbors...I am so tired of the people in back of mother's house and their yapping dogs.  If you have outside dogs I would think it would be so they could alert you if strangers come to your house. Common sense would tell you to look outside and see what the heck they are barking at.  Apparently her neighbor does not share this sentiment and neither checks up on them or tells them to be quiet.  At 10:30 p.m. I went outside and yelled at the top of my lungs both in English and Spanish to shut their dogs up...guess it worked for tonight...have not heard the yappers since.

Good night. May you all have Terlingua Dreams.
Posted by MsBelinda at 11:43 PM