It rained a lot on Monday night and I was secretly hoping mother would not want to go to the beauty shop as the street in which it is located tends to flood even with small amounts of rain. I have no idea why as it is located in the downtown district, close to the bus station, the town square, and the main church. 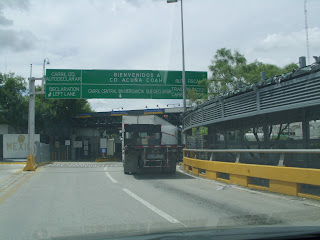 I was surprised that the work being done on the US side of the border to the toll booths has not been completed.  Once more I saw quite a bit of people riding bicycles. There was a cyclist in front of me and out of curiosity I asked the toll booth clerk how much it cost to cross the border using that method and she said .75 US cents. 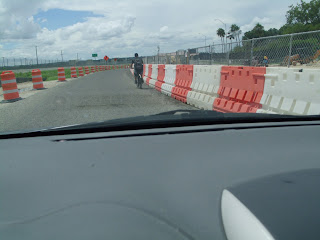 It took me back to my summers in high school when my best friend and I would cross to eat tacos from street vendors back when tacos were not readily available as they are today in the states. My mother never allowed me to eat them, telling me I was going to get sick.  Funny, to this day I have never gotten sick from eating anything in Mexico.  Of course, we did this unbeknownst to our parents. 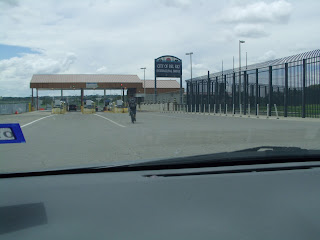 OK, back to the present...mother and I got our haircuts.  The only subject being discussed was the passing of Juan Gabriel and by now finding out that his body had been cremated contrary to his wishes.  The majority of his fans myself included are very upset about it. While it is said "the family" made this decision, it is well known that the decisions are being made by his eldest son. Poor Juan Gabriel he always wanted to be buried next to his mother in the small town in which he was born. It is rumored that his son never liked this place.

We headed to the downtown Gutierrez grocery store that we like (the one with shade structures). Did not buy as much as we usually do, as not that much fits in the manual wheelchair with a basket and I did not feel like dragging along an additional cart. 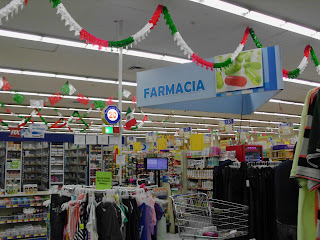 Mexico's Independence Day is coming up, so the store was decked out in their patriotic colors. When one thinks of Mexico their popular beverage....Tequila...comes to mind.  All their brands were on sale.  With the high dollar to peso ratio, they were good buys to be had.  I considered buying one for Terlingua but with my mother in tow and the certain speech I would have to listen to about the "evils of drinking" decided it was best to pass on it. 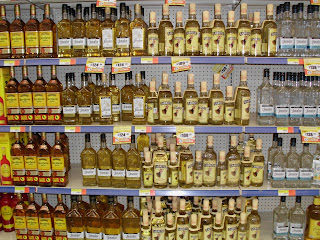 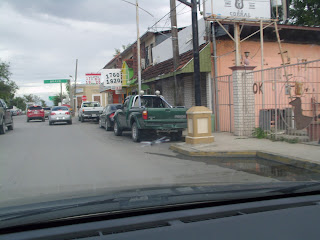 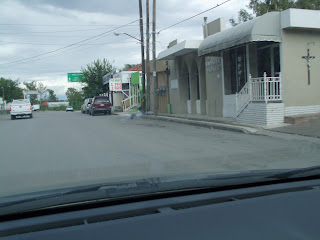 We were lucky that there was no traffic going back home.  Only one car in front of me and a very nice ICE agent.

While I have a new computer, it does not give me the option to upload my pictures directly to my computer...it wants to send me to Dropbox and does not give me another option. This Windows 10 crap is not for me!  I therefore have to use my old Windows 7 computer to upload pictures to my blog.

Good night.  May you all have Terlingua Dreams.
Posted by MsBelinda at 7:34 AM