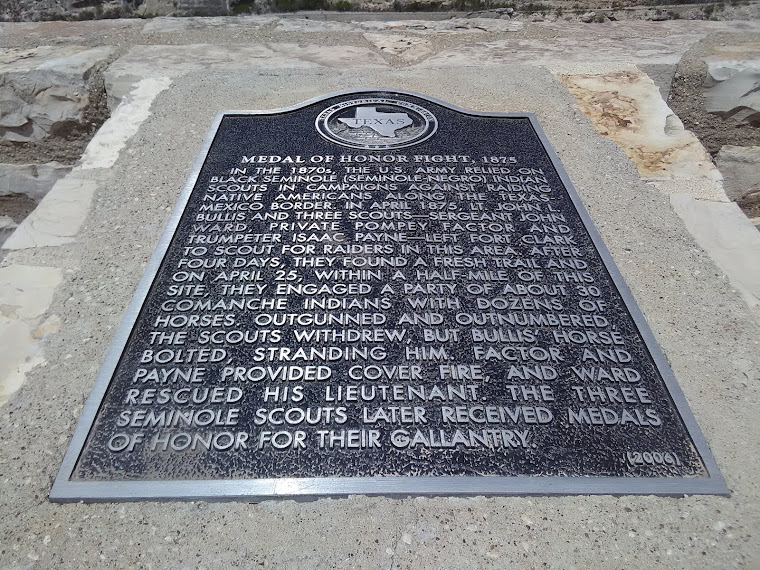 This morning I could not believe it was already Wednesday. I woke up to the noise of the neighbors rolling their garbage bins to the curb. I wait until around 10:00 a.m. to put ours out after everyone has gone to work or is inside their house. Once again had to pick up trash along the fence line.

Mornings have been in the low 40's but it is the wind that makes it feel much cooler so I had not even tried to take the car out again since Saturday but I had to go to the post office. I was a bit nervous about the possibility of breaking down on the road but thankfully nothing happened.

After running errands I stopped at the main HEB and was surprised some shelves were partially bare they had more stuff at Little HEB the last time I was there. Why are people still panic buying? 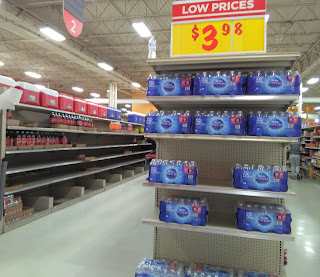 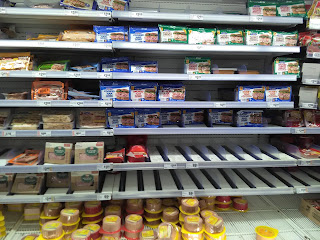 Plenty of whole milk but I drink 1 and 2% milk...had to settle for half a gallon. 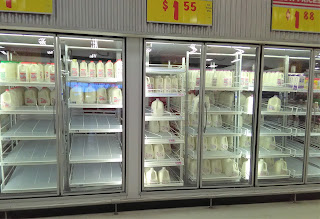 Why are they out of ice cream...it has been cold lately. 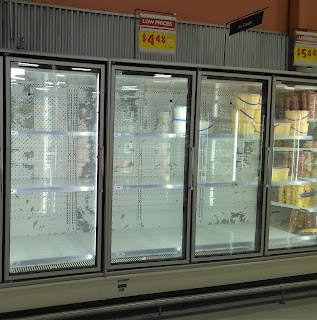 Of course, toilet paper and paper towels are the first to go. Though in fairness they did have enough. If after what we went through last year...you do not have a stash of toilet paper in your house...that's on you! 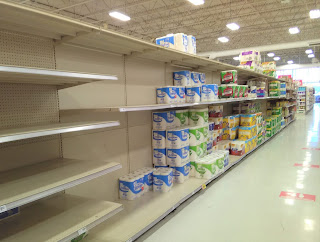 It was around 5:00'ish and I had not eaten since breakfast so I will blame my low glucose levels rather than my lack of self-control for purchasing a cherry pie, a strawberry coffee cake, mini muffins, chocolate chip cookies, potato salad, along with a can of Nestle powder hot chocolate mix. 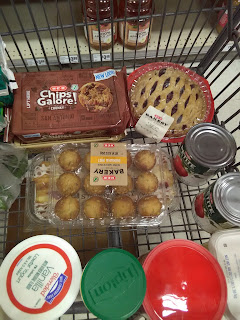 For some reason, the avocados (.59 each) and my serranos do not show up in the picture I took as I was checking out. 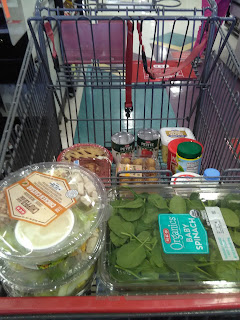 In case you do not follow Texas news our Governor has opened up the state 100% and removed the mask mandate making us the laughing stock of the nation. In a state where only 6.5% of the population has been vaccinated, he decides to do this without consulting with his medical team? 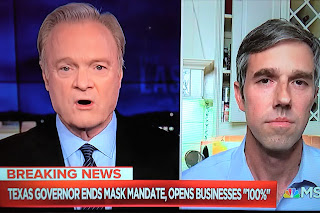 Seems the debacle regarding the failed power grid during our arctic storm is getting to the governor and he wants to get in his constituent's good graces. So who cares if we have more cases or workers are killed trying to enforce mask mandates that business owners have the right to enforce if they so choose.  I for one will continue wearing two masks, my face shield, and gloves. 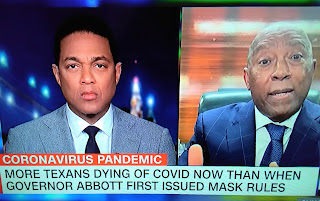 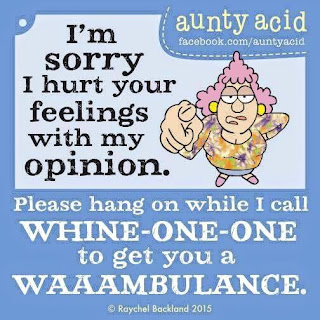 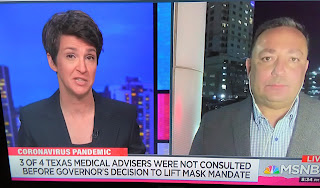 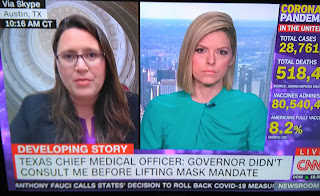 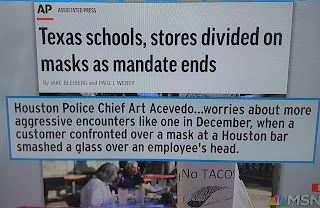