It was a sunny, warm, and breezy day with a high of 86 degrees today. We are supposed to get a "cool front" tomorrow.  I finally decided to move the limbs that I could break off from the tree that fell a couple of weeks ago and dragged them to the curb.

Yesterday Wednesday was trash day and I needed to pick up all the crap the litterbugs toss out their car windows but Mr. Joe (step-father to the drunk) and his wife have been remodeling their home since last week so I did not want to pass by their house. Instead, I focused on the south side of the fence.

I had already picked up what I needed from the street and had entered the property but not by the front gate but by the area I had cleared a couple of months back when Pollito's sidekick entered and parked his truck. As I was coming into that same area I noticed even more pesky mesquite pods and was picking them up when a truck that I did not recognize stopped. I looked up but I did not know who they were since I was not wearing my glasses and frankly did not care.

A man stopped got off and I wanted to scream when I realized it was Pollito walking up to me without a face mask on...grrrrrrrrrrrr!!!  Why does this freaking man come around to bother me? The gall of him turning off his truck and assuming that I would want to engage in a conversation with him! He wanted to commiserate that there would not be a Chili Cook-off this year as he was planning on attending. Thankfully, he has always attended the "Other Cook-off".

As if I did not have enough reasons to dislike this clown he gave him another one...guess who he is supporting in this election?  It did not take long for him to realize he made a BIG mistake telling me that and he quickly retreated!  I was so happy I was able to give him a piece of my mind and I felt great all day...😁... I am still laughing this evening! 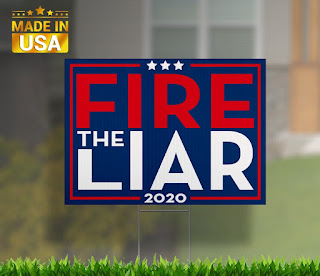 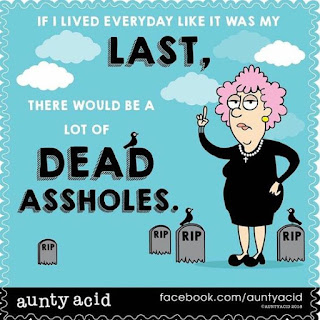 Email ThisBlogThis!Share to TwitterShare to FacebookShare to Pinterest
Labels: Fire the Liar 2020, neighbors remodeling their house, Picking up tree limbs and trash, Pollito stopped by