Saturday morning was nice and cool so I took out my new pruning shears and cut as many branches as I could from the trees and shrubs.  Not so much because I wanted to but because I was looking for Katie who as of this evening has been missing for three days.  I will cover that topic in my other blog.

Later that evening my arms were hurting so much I took two aspirins and turned on the 10:00 o'clock news but fell asleep shortly afterward. I woke up at 1:30 a.m., 2:30 a.m., and 3:30 a.m. but was able to go back to sleep. The only reason I knew what time it was, was due to the fact that I could see the time on the cable box.

The next time I woke up I had no idea what time it was because the house was dark except for my solar lights that we use as night lights on the hall and the bathroom.  I fell asleep on the living room recliner and since it is electric I had a hell of a time getting out of it...note to self...change the back-up batteries!

Headed to my bedroom to find my wristwatch but when I was not able to do so I remembered the cellphone that I never use.  It said it was 6:10 a.m. so I opened the front door and sure enough all the street lights including ours were out.

I was irate, so why did the power go out this morning?  No one in their right mind would have had their A/C on if anything they would have had their windows open much like we did.  It is Sunday so people were not at work.  I could not go back to sleep, with no power I could not go online so I sat in the dark until the electricity came back on at 7:19 a.m.  I still have no idea what to attribute this to as our lowly newspaper did not address this.

Went to Stripes to buy some tacos for breakfast...they were good!  I then headed to Harbor Freight to use my 30 percent off coupon that expired today. While I still have plastic disposable gloves I figured with said coupon it would be a bargain. However, I was told that it had to be an item under $10.00 which it was according to the shelf price but not the price at the register, so I walked out without buying anything.

Walmart is next door and with only a few cars in the parking lot decided to make a stop.  Saw this nice looking muscle car with Oklahoma license plates. 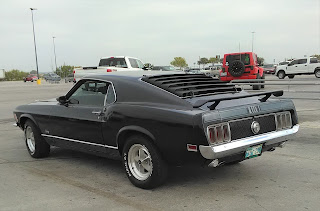 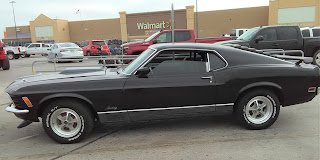 Made a beeline for the produce aisle where I bought some spinach, tomatoes, and avocados. Once again went to check out the clearance aisle and was surprised to find ladies swimsuits selling for $1.00. 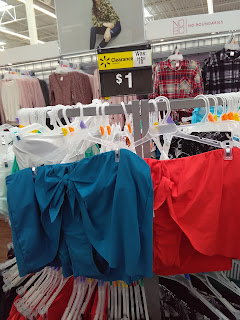 In many of the blogs, I read bloggers have said that they have been unable to find small chest freezers. They had these on sale today. 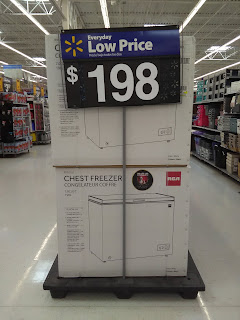 Gasoline is once again on the rise.  Walmart had the cheapest price at $1.859 for a gallon of regular unleaded gasoline. When I passed by there they were several RVs filling up. 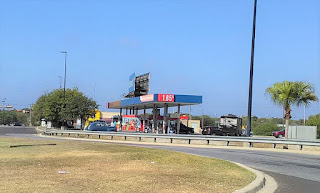 Our "cool front" lasted all of one day.  Today we topped out at 95 degrees.

Political Banner of the Day 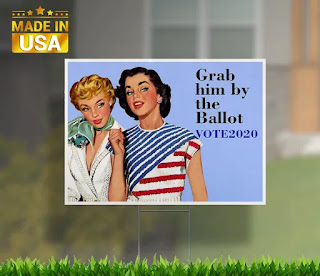 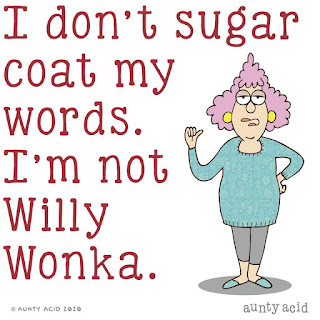 Posted by MsBelinda at 9:33 PM