Yesterday afternoon just like we were told we had strong winds and the temperature dropped about twenty degrees. I was hoping the winds would be stronger so the broken limbs that are hanging by a thread would finally break off and I could drag them to the curb. Unfortunately, that did not happen.

When I went to feed the boys this morning it felt wonderful it was in the '60s and it made me feel invigorated. Wednesday when I went to vote I needed to pick up a couple of items from HEB but by the time I passed by there again, there were far too many vehicles in the parking lot.

Texas has had a resurge of Covid-19 cases in the past couple of days and Del Rio is not the exception. Per the Mexican newspaper El Zócalo, there were 40 new cases reported in a single day. They are awaiting the results of 273 tests so that number could rise. http://www.zocalo.com.mx/new_site/articulo/se-disparan-en-del-rio-los-contagios-de-covid

With that in mind, I decided to take advantage of this cool morning hoping it made people stay in bed longer as I headed to HEB to purchase more canned goods as I am contemplating going into self-isolation once more. 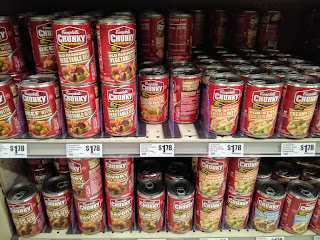 Picked up more HEB brand soups (Hill Country) that are .20 cents cheaper than Campbell's and quite tasty. 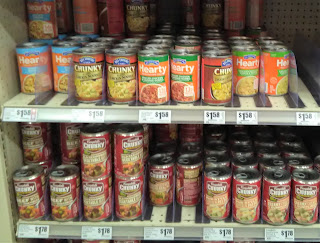 I bought some more menudo... 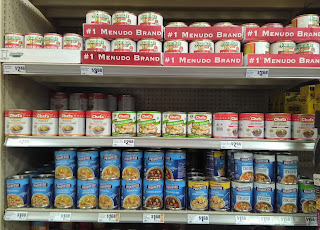 Topped off my purchases with chili... 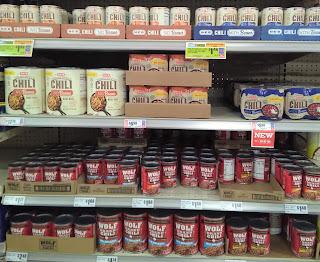 Much like this past Wednesday when I ended up voting without planning to...this morning I ended getting my flu shot much the same way. I had intended to do that this coming Tuesday but now that I was here...why wait?
I had no idea the people sitting in the Pharmacy waiting room were there for the same thing. I thought they were waiting on their prescriptions or I might have changed my mind. It took longer to get my flu shot than it did for me to vote.
Tomorrow we will be back in the high 80's but a cold front with the possibility of some rain will make its way down to us early next week.  We are in dire need of rain.
Good night. May you all have Terlingua Dreams.
Aunty Acid Saying of the Day 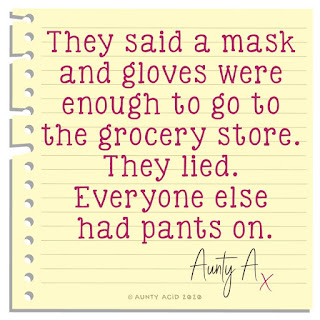 Posted by MsBelinda at 8:11 PM

Email ThisBlogThis!Share to TwitterShare to FacebookShare to Pinterest
Labels: 40 new Covid-19 cases in one day, grocery shopping at HEB, Seems I get more done when I do not have a plan, stocking up on canned goods